Puritan Punishments: Why Anne Hutchinson Was Banned from Boston

In the early 1600s, the Massachusetts Bay Colony was founded by a group of Puritans who were looking to escape religious persecution in England. The Puritans governed their colony according to strict religious principles, and they did not tolerate any dissent. Anne Hutchinson was a prominent puritan figure who challenged the colony’s religious leaders. She was subsequently banned from the colony and excommunicated from her church.

Why Was Anne Hutchinson Banned?

Anne Hutchinson was banished from the colony for a number of reasons. First and foremost, she was a threat to the religious order that the Puritans had established. She questioned the authority of the colony’s ministers, and she preached against some of their policies. Secondly, she was seen as a troublemaker who caused division among the colonists. And lastly, she openly defied the colony’s leaders when they ordered her to stop holding religious meetings in her home.

How Was She Punished?

So, how did the Boston church punish Anne Hutchinson? Anne Hutchinson was excommunicated from her church and banished from the colony. This meant that she was forced to leave Massachusetts and settle elsewhere. She eventually moved to Rhode Island, where she helped establish a new settlement.

What Was the Aftermath?

The banishment of Anne Hutchinson resulted in a split within the Puritan church. Her followers formed their own church, which led to the establishment of Rhode Island as a haven for religious dissenters. However, the incident also reinforced the authority of the Massachusetts Bay Colony’s leaders and solidified their strict religious policies. 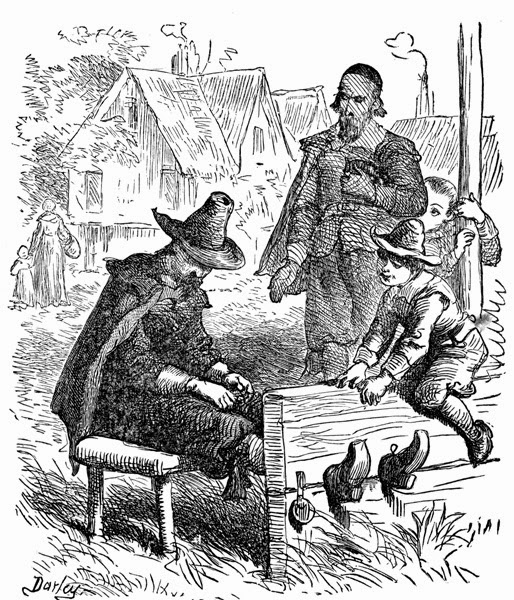 It also served as a warning to other colonists who might challenge the established order. In the following years, similar incidents occurred with other dissenters, such as Roger Williams and Mary Dyer. Both were eventually banished from the colony for their beliefs.

The consequences of Anne Hutchinson’s banishment demonstrated the intolerance of dissent and differing beliefs in the Puritan-governed colonies. It also highlighted the power and influence of religious leaders in colonial society.

The Trial of Anne Hutchinson

Hutchinson’s trial took place in November 1637. She was accused of “traducing the ministers” and “disseminating dangerous opinions.” The court ordered that she could not call any witnesses on her behalf, so she had to rely on her own testimony to defend herself.

During the trial, Hutchinson admitted to critiquing the Puritan church’s teachings. She also said that she had been having religious visions and experiences that she felt were directly from God. In other words, she believed that she had a special relationship with God that gave her unique insight into religious matters.

The court did not take kindly to Hutchinson’s beliefs. They saw her as a threat to the established order of things and sentenced her to banishment from the colony. If she attempted to return, they said, she would be put to death.

The story of Anne Hutchinson is a reminder of how intolerant the Puritans were of any type of dissent or disagreement. They believed that anyone who challenged their authority was a threat to their way of life, and they did not hesitate to banish those who disagreed with them. While Anne Hutchinson may have been punished at the time, her story is an important part of American history.